Why we use an action camera?

Action cameras, man, where to start. There’s so much to decide, the brand, reasons for it’s use, frustrating software for processing afterwards, fittings and stuff like battery power.

Let me make one thing clear. I am one of the 90% of people who are not a professional camera or video addicts. We are the typical users who needs their equipment to work and be easy to operate. We do not travel to make documentaries. We travel and partake in sports and recreation activities for the sake of our passion, the action cams are secondary and must do it’s job as easy and effortlessly as possible.

We are part of the ‘carry as little as possible’, minimalist group and as such did not take any video footage on our first 11 months of overlanding through Africa to Europe.  In hindsight we keep saying “if only we took some footage”. Maybe some of the funny stuff or just showing what Zanzibar beaches and snorkeling were like. Even if its just short 1 minute clips.

As good as smartphones, point-and-shoot cameras, and even high-powered DSLRs can be, they are still not able to capture the full, jaw-dropping majesty of some of the world’s most spectacular locales and adventures. This is partly why we decided to invest in an action camera after all.

We will never do the Felix Baumgartner hero type stuff, but the camera will still capture our coolest memories in the most vivid detail, and that is the crux. If you are going off on your own type of epic adventures which leaves you elated and satisfied at least document snippets of the journey.

So what is the best action camera for motorcycles, and particular for travel?

There are some really kick-ass brands with excellent cameras available today but it is a mine field to try and decide which one to buy. Buyers remorse is big with action camera purchases.  Most of the times you will only really figure out the limitations of a camera afterwards. There are already new cameras which would possibly be ideal for motorcycle trips on the market like the Garmin offering.

For us there were 4 decisions that were important and influenced the decision on which action camera we purchased:

From those criteria sifting through the different options of cameras on offer our decision eventually came down to two brands. The DRIFT and the most popular, Go-Pro. The new Garmin seems to be the new kid on the block but with many new features.

Why the DRIFT HD action camera?

Although the word on the street is that the Go-Pro produces better video quality, it’s other attributes did not suit our use. It came down to a personal choice. You might find other features more important than our needs dictated. We bought both our Drifts from Pauli at GPS4Africa

My advice would be to try and beg a friend to use a camera to test before investing in your own. Do some homework on exactly what you want out of the camera. There are many other features we used on the DRIFT, i.e. the mobile linked app’s, time lapse function, the recording in the past function.  It is all a bit much to discuss but these functions make up a big part of the decision. Video quality is very important but not the be all and end all of decisions.

The bad about DRIFT HD. 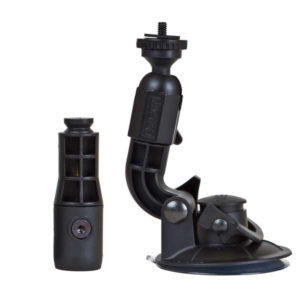 Fittings that’s worth using for the bike. Have the camera, took many gig’s of footage … now what?

The beginning and end of many action cameras. Strapping the camera to your helmet or attaching it to the bike, turning it on and taking hours of footage is the easy part. If you are not careful what was suppose to be a cool trip to share, end up being 15 minutes of painful watching, like watching paint dry, dead boring.

Speaking to friends and fellow travellers we all have encountered the problem of available relatively easy to use video editing software. It range from the relatively simple Windows and Mac common versions to the brain breaker complicated Adobe Premiere and After effects software. You basically need a PHD in Physics to really master those like a boss. Did I say you need loads of time aswell?

We, the 90% of camera owners, never really spend the time to make something interesting, amateurish or not.
What makes video different is that it involves much more than clicking away as with a camera. There’s scenes to consider, storyboards and angles. Takes that must be done over and over if you miss your friend wheelie attempt. As we travel we can not always stay to take the perfect early morning shots of say the pyramids. We have to deal with the light as is, deal with what circumstances give and opportunities present.

In the end it is still worth while to spend the time and learn one of the better software programs. Rather make short clips, 2  to 5 minute clips. Do not bore your friends and make peace with the facts that we can not all be Stephen Spielberg or Guy Ritchie or look like Brad Pitt.

But it is damn fun to record the antics you get yourself into! Get out there!