Images from each East Africa country we visited on our way from South Africa to Europe. Where else than in Africa can you kiss a Giraffe?

Africa is an incredibly diverse continent with a lifetime worth of travel. These few images are from each country our journey took us through Africa from South Africa to Egypt. There is no special meaning to each other than just a remembrance of something special in each of the countries. ” Serra da Leba pass is a high mountain pass at an elevation of 1.845m (6,053ft) above the sea level, located in the province of Huíla, in Angola. The road to the top is asphalted and pretty steep. The most challenging part of the climb is a short section of 1.7km, with 7 hairpin turns.

It’s one of the famous hair pinned roads in the world. The surface of the road is asphalted, and chains or snow tyres can be required throughout the year. Located near the city of Lubango, Serra da Leba is famous for its altitude, for its beauty and also for the road over the pass. The road to reach the summit is a sharply winding and precipitous ascent in a steep and narrow zig-zag section.” http://www.dangerousroads.org/africa/angola/2730-serra-da-leba-pass.html

“One of the greatest attractions in Africa and one of the most spectacular waterfalls in the world, Victoria Falls is located on the Zambezi River, the fourth largest river in Africa, which is also defining the border between Zambia and Zimbabwe. Victoria Falls is the only waterfall in the world with a length of more than a kilometer and a height of more than hundred meters.

It is also considered to be the largest fall in the world. The noise of Victoria Falls can be heard from a distance of 40 kilometers, while the spray and mist from the falling water is rising to a height of over 400 meters and can be seen from a distance of 50 kilometers. No wonder that the local tribes used to call the waterfall Mosi-o-Tunya “The smoke that thunders”.http://victoriafallstourism.org/ “Aloe dichotoma is a tall, branching species of aloe, indigenous to Southern Africa, specifically in the Northern Cape region of South Africa, and parts of Southern Namibia.”https://en.wikipedia.org/wiki/Quiver_Tree_Forest Typical, “dugout” canoe of a Malawian fisherman. It is quite a skill to row the wood carved canoes. They can days out on the lake catching fish. “Maasai tribe still herd their cattle in the Serengeti part of Tanzania and the Masai Mara in Kenya along wildlife.” http://www.maasai-association.org/maasai.html “A dhow is a traditional Arab sailing vessel with one or more lateen sails. It was primarily used to carry heavy items, like fruit, along the coasts of the Arabian Peninsula, Pakistan, India and East Africa. The term “dhow“ does not stand for just one type of ship but for a whole family of different vessels ranging from small boats with just one mast to cargo ships that can carry over 200 tons.

Larger dhows have crews of approximately thirty people, while smaller dhows typically have crews of around twelve. In Zanzibar, dhow building takes place at two particular beaches: At Nungwi in the North of the island, and at Mtoni, which is north of Zanzibar Town. The Zanzibari dhow building masters are well-known around the whole Indian Ocean for their amazing work: They build the traditional dhows upon order and they need between 2 weeks and 4 months time for the construction, depending on the ship’s size.” http://www.world-unite.de/en/world-learner/zanzibar/building-dhow-sailing-ships-lessons.html Uganda is a jewel in Africa with incredible friendly people and jaw drop landscapes. 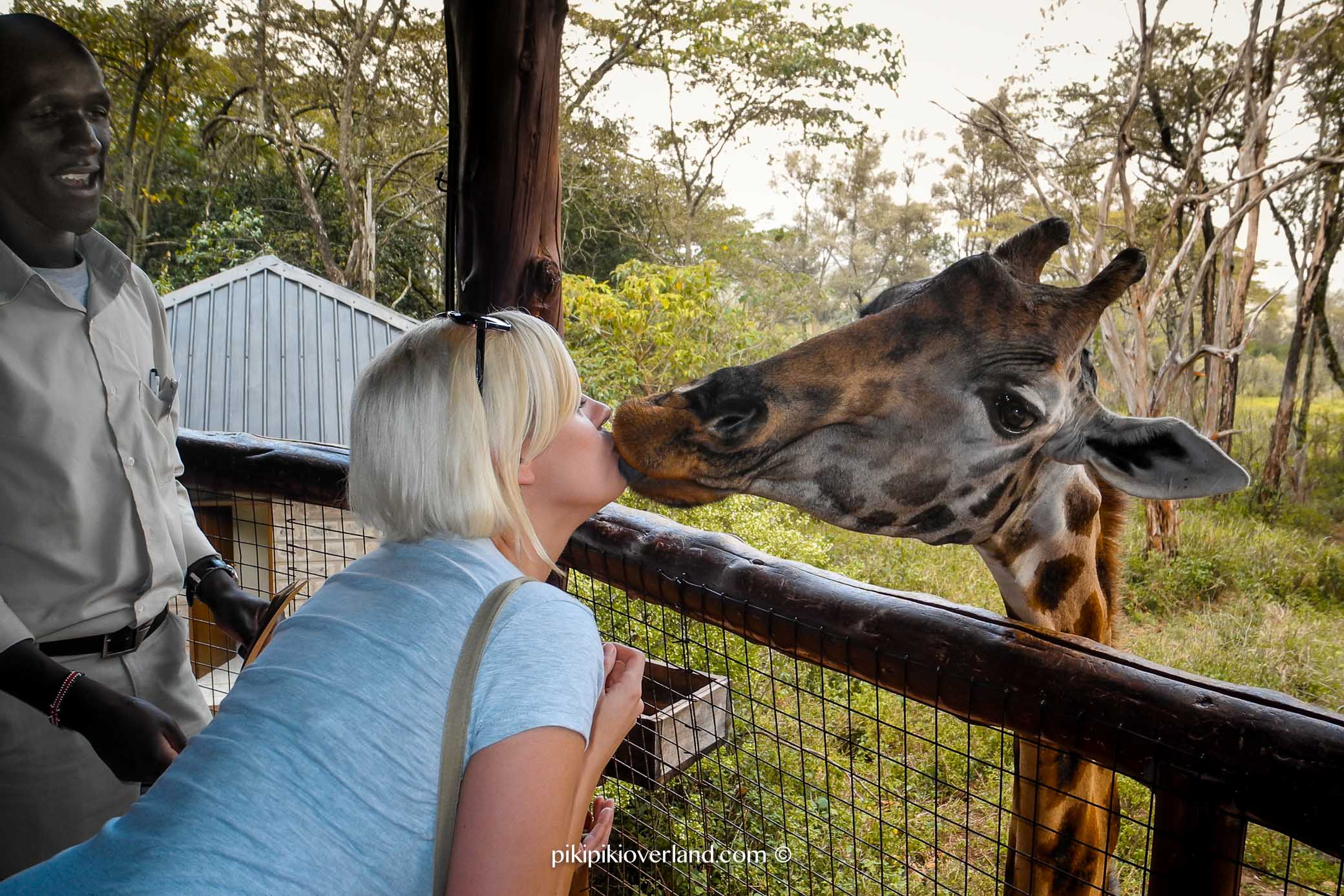 Where else in the world can you kiss a Giraffe? Only Nairobi, Kenya. “The 11 medieval monolithic cave churches of this 13th-century ‘New Jerusalem’ are situated in a mountainous region in the heart of Ethiopia near a traditional village with circular-shaped dwellings. Lalibela is a high place of Ethiopian Christianity, still today a place of pilgrimage and devotion.” http://whc.unesco.org/en/list/18 “In a desert in eastern Sudan, along the banks of the Nile River, lies a collection of nearly 200 ancient pyramids—many of them tombs of the kings and queens of the Meroitic Kingdom which ruled the area for more than 900 years.

The Meroë pyramids, smaller than their Egyptian cousins, are considered Nubian pyramids, with narrow bases and steep angles on the sides, built between 2,700 and 2,300 years ago, with decorative elements from the cultures of Pharaonic Egypt, Greece, and Rome.

Though the pyramids are one of the main attractions for Sudan’s tourists, the local tourism industry has been devastated by a series of economic sanctions imposed by various Western nations throughout the course of the country’s civil war and the conflict in Darfur. According to reports, Sudan now receives fewer than 15,000 tourists per year, compared to past estimates of as many as 150,000.” https://www.theatlantic.com/photo/2015/05/the-forgotten-pyramids-of-meroe/392312/ Offering water to the thirsty.

“The water Jar or the pot, known in the Sudan as Alzeer, is common feature of all traditional Sudanese households, especially in the rural areas and the peripheries of the urban areas.